These Q&As about stopping short term rentals in Queensland strata schemes have been supplied by Chris Irons and Frank Higginson, Hynes Legal.

Question: Is it possible during COVID-19 for the Body Corporate Committee to close down the holiday letting and short term letting in our apartment block?

Is it possible during COVID-19 for the Body Corporate Committee to close down the holiday letting (Management holiday letting and AirBnB) of our apartment block? There are 152 units with the majority being owner residents.

Answer: There have been several adjudicators’ orders which have found that a by-law which, for example, purports to prohibit Airbnb is an invalid by-law.

I’m not sure how the committee would propose to do such a thing. In Queensland, section 180(3) of the Body Corporate and Community Management Act 1997 provides that ‘if a lot may lawfully be used for residential purposes, the by-laws can not restrict the type of residential use.’ There have been several adjudicators’ orders which have found that a by-law which, for example, purports to prohibit Airbnb is an invalid by-law.

The body corporate may have engaged a caretaking service contractor who would, typically, also hold the authorisation to conduct a letting business at the scheme. That’s a contractual arrangement between the body corporate and that entity. Given this, and given also that those contracts are usually worth substantial amounts of money, any committee which is proposing to ‘shut down’ that business should be seeking legal advice before doing so.

Commonwealth and state and territory governments have made many directions and orders during the pandemic, including about people travelling and staying in residences other than their own. The NSW government has, for example, issued an order about short-term letting. If any of these orders are relevant for your body corporate then the committee may be bound to act upon those, although they would need to follow proper decision-making, minute-taking and communication processes in doing so and also noting my earlier comments about seeking legal advice where there are contractual matters involved.

Question: An owner lives in one unit and uses another unit in our building as an Airbnb. They run the Airbnb out of their unit. Is it a breach to conduct a business from a unit?

How many people can the letting agent put into a unit? Is it two per room, or two per unit? We live on the Sunshine Coast in our complex we have a mix of rentals and owner occupied units.

We have an owner who owns two units. They live in one and use the other as an Airbnb. As they run the Airbnb out of the unit they live in, is this a breach as they are conducting a business out of a unit.

Answer: Generally, by-laws are meant to regulate, not prohibit.

Body corporate legislation in Queensland does not provide for occupancy limits. This is typically a matter for the local council to advise you on. You might also want to check with Queensland Fire and Emergency Services.

Generally, by-laws are meant to regulate, not prohibit. A by-law that purports to outright prohibit an otherwise legal activity would generally be an invalid by-law if challenged, depending on circumstances. Adjudicators’ orders have consistently found that any by-law prohibiting the running of short-term letting in a lot is invalid. You’d need to check your current by-laws – and please, make sure they are in fact the current by-laws – for the wording of any by-laws about conducting a business.

If you believe the by-law is being breached you can seek to have it enforced. If you are part of the committee, you must enforce by-laws. Again, you might want to check with local council about any laws for conducting a business from home.

You may also wish to seek legal advice as there are some potentially complex legal issues at play in your queries.

Question: My unit is in a holiday destination and is listed on Airbnb. The Chairman lives on site and harasses my guests. Can he stop me from offering my unit as a short term rental? 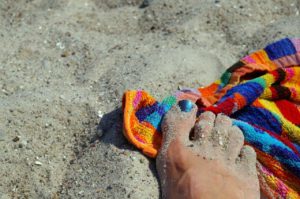 I own a unit in a Queensland holiday destination. I list the unit on Airbnb as a short term rental. I have been harassed ever since the property has been let this way by the chairman of the committee who lives on site.

One of my guests informed me the chairman/resident was rude to them when they parked in the driveway in front of my garage just to unpack before putting their car away in the garage. Do I have any legal rights to prevent this from happening again in the future? Can the Chairman do anything to stop me from offering the unit as a short term rental?

There is another resident’s car which is almost always parked in front of their own garage in the common area. It just seems there are double standards here.

Answer: The BCCMA specifically prohibits a by-law from restricting the type of residential use to which a lot can be put.

There is not much a body corporate can do in relation to preventing Airbnb – perhaps that can be pointed out to the chairperson. We’ve written about that here: QLD: QCAT considers short term letting by-laws.

Otherwise, by-laws need to be complied with by all occupiers whether that be short term or long term occupiers. It is not an argument that others are breaching the by-law so I can to, but equally so the committee cannot selectively enforce the by-laws.

Question: What power do we have to stop short term rentals in our building?

I own a few units in a large strata scheme in Queensland. Our committee has discovered that some owners are advertising their units online as being available for short term lets, and our community and committee are concerned about the wear & tear to the building, plus other things like security.

The committee approached our body corporate manager about the issue. They were seeking advice on how to stop short term rentals from occurring, only to be told that the law specifically forbids a Body Corporate to limit the way in which a lot owner lets a property, therefore the Body Corporate is unable to take any measures to kerb short term letting.

We are wondering – surely this statement is incorrect? Either way, what can a strata scheme do to prevent Airbnb and the like in QLD strata schemes? Can you tell us how to stop short term rentals in our building?

Answer: The BCCMA specifically prohibits a by-law from restricting the type of residential use to which a lot can be put.

The BCCMA specifically prohibits a by-law from restricting the type of residential use to which a lot can be put. If you can live in a lot, the by-laws cannot restrict the living in it to a period of three months or more (as many try to do).

Building classification (class 2/3) is as dead as the dodo in terms of trying to impose limitations around tenure of occupancy too.

The only forum is planning – being your local Councillor. Local authorities are the bodies that regulate the use to which property can be put. If the town plan is specific in terms of short term occupancy rights then you may have a cause for complaint. If it doesn’t, then you more than likely don’t. This is just yet another example of the law being far behind what is actually happening out there in the real world in terms of the digital economy.

Still after more information on how to or whether you can stop short term rentals or even more general articles about strata in Queensland? Visit: