This article about owners corporation’s responsibilities in NSW has been provided by Dimitri Livas, Savil Group.

You’ve probably heard the phrase before, but let’s clear things up a bit. Whenever a multi-unit development like an apartment building or gated community is built, you’re going to have parts that individuals own and parts that you share, right? You know, you own your kitchen and living room, but there are areas like lifts, driveways and corridors that you share with your neighbour.

An Owners Corporation, Body Corporate or Strata Committee is a group of all the owners of the units with a Strata Manager responsible for keeping things maintained and the daily running of the building. Stuff like:

We should point out that members are not paid. They volunteer to give up their time going to meetings and the like. This means they probably won’t have experience in managing a building – but that’s why you have the Strata Manager.

Let’s take a second to see how it works in a country like the USA. The ‘Strata’ method we’ve been talking about is becoming popular there, but they also have a version of this they call a ‘Home Owners Association’. The main difference is that instead of having ‘common areas’ that everyone owns, those areas are owned by the HOA.

Let’s talk a bit about that thing I mentioned earlier, the capital works fund (previously known as the sinking fund). Basically, owners are required to contribute a small amount each year to the fund. This money then gets used in case of an unforeseen problem, like a broken lift or a pool pump. It’s not for forecasted maintenance, which is the point of an Administration fund.

The idea is that putting a little bit into it at a time means that you’ve got enough money when issues pop up so that no one has to dig too deep into their pockets and come up with a lot of cash at a short notice.

The amount that is paid into this fund by members is decided during the Annual General Meeting of the group. What’s important for this is that members don’t act of their own knowledge and experience, but instead get outside help from people who’ve seen the problems and dealt with them a hundred times before. A competent Strata Construction Specialist will know what needs doing and when which will save money in the long run.

All this is great on paper, but how does it actually end up going down? Well, even though everyone involved has an ethical and legal obligation to do the right thing, there are times that doesn’t work. For the most part, you’ve got two broad groups of people to blame when something bad goes down.

This is where expertise comes in as a vital part of the process. It’s important to make sure you’ve got someone who knows what they’re doing as your Strata Manager. When someone without the expertise is in charge, they might not be able to see the problems while they’re tiny enough to fix without too much cost. If they get left to fester, saving money for a rainy day isn’t going to look as smart as you thought.

As you’d probably guess, problems do come up. Jan Newland from Sydney’s North Shore had issues in 2011 when the building she was living in had to get repairs. This was to fix concrete cancer but, after the repairs, she was left with a leaking ceiling whenever it rained. Even after getting the NSW Civil and Administrative Tribunal to order the problem be fixed immediately in 2017, nothing came of it.

The thing was that even after the NCAT ordered the problem be fixed, they can’t actually force a committee or manager to do anything. They can fine the Strata Committee, but often the people making the complaints are the ones to suffer as they are apart of the committee as an owner.

This isn’t a one-off thing either. You only need to look at the list of Q&As on LookUpStrata to see the experiences people have had with Strata groups. There are many individuals that complain about a lack of communication, or members being charged for maintenance and work that hadn’t been completed.

The issue comes down to thinking in a poor way about the use of the fund. The Strata Committee in charge of the money sees expenses as a negative – they don’t want to spend money fixing things they don’t agree needs fixing. 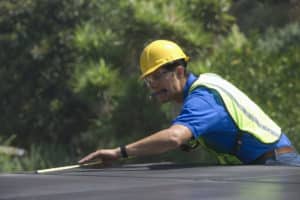 But the thing is, these smaller issues add up and can become massive problems down the line that cost more than each of the smaller ones on their own. Not only do they have a responsibility to spend money keeping things in good condition, but constant maintenance will actually save money in the long run.

In fact, each building will have a ‘capital works fund forecast’ that will layout the expected maintenance and upkeep costs over the life of the building. If you’re straying from that advice, you’d better be doing it with good reason or someone who knows what they’re doing.

Speaking of which, we can’t expect the Strata committees to know the best thing to do in every situation. As we said, they’re just volunteers that vote on what they think. So what should they do? This highlights the importance of finding strata managers that are competent and know when things should be fixed and when they should be left alone.

Maybe the carpet in your hallways doesn’t need tearing up once a year but the pool pump needs to be cleaned regularly so that you don’t have to buy an expensive replacement. You want someone who knows how to prioritise expenses.

What can you do?

The key issue here is that there isn’t a whole lot of legislation in the way of safeguards for helping people deal with this issue. Like the example above, it’s not always as simple as complaining to the highest power (in NSW this is the Civil and Administrative Tribunal) and having everything sorted.

But what do you do if you’re stuck with an issue? Well, your first port of call is your Strata committee. Hopefully, if you have a bad manager, the rest of the committee is just as upset as you are.

If that doesn’t work, you can speak with the NSW Civil and Administrative Tribunal. Other states and territories will have their own equivalent. Unfortunately, this doesn’t always work, but it is the highest authority on these matters.

There’s definitely some loopholes that can be exploited by someone with the desire, and the need for some education around helping some Strata Managers to meet the standards expected for our modern buildings and increasing higher density living in 2019 and beyond.

Disclaimer: The information contained in this article is provided for your personal information only. It is not meant to be legal or professional advice nor should it be used as a substitute for such advice. You should seek legal advice for your specific circumstances before relying on any information herein.

Have a question about owners corporation’s responsibilities in NSW or something to add to the article? Leave a comment below.